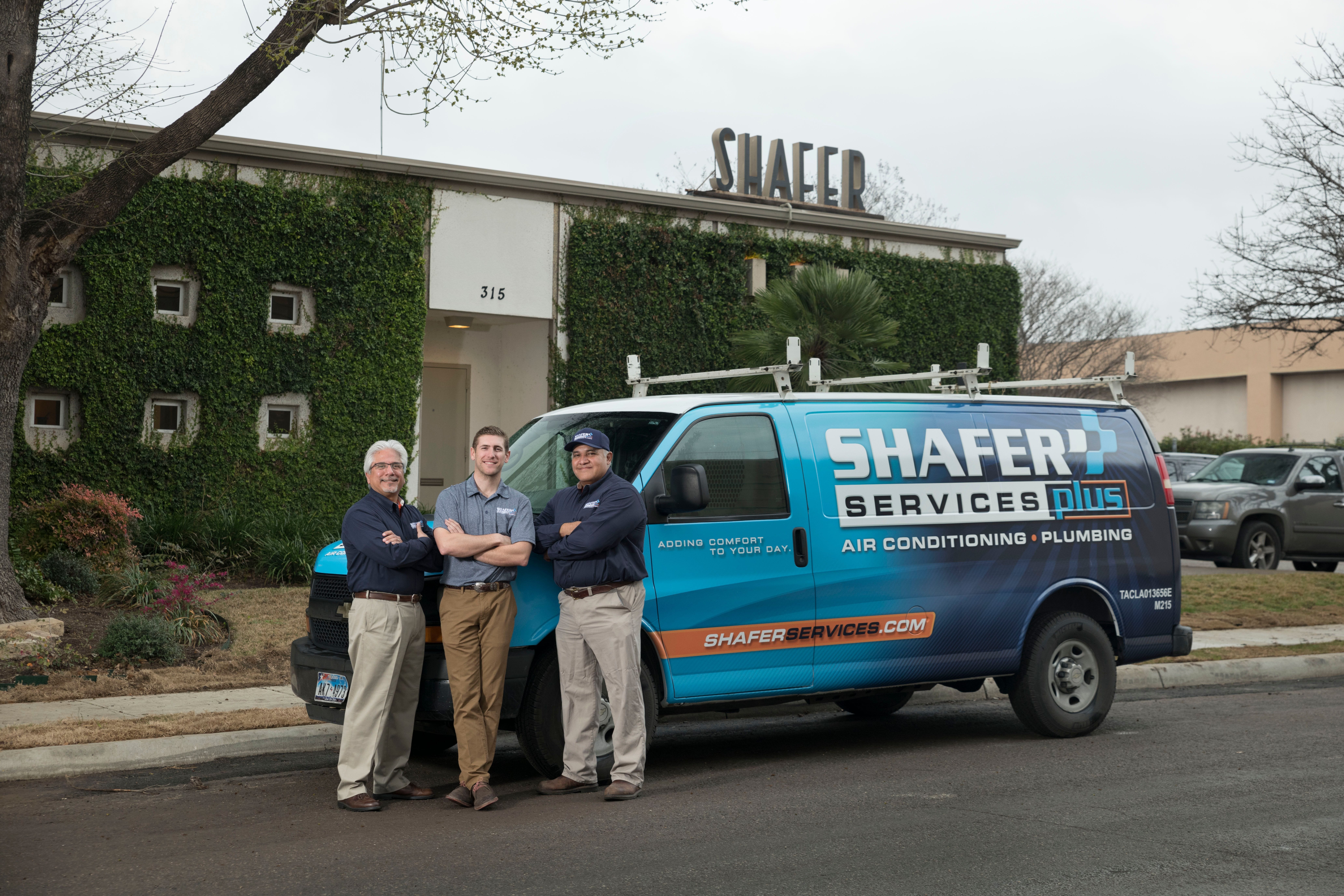 Steve’s Plumbing and Shafer Services Plus, both founded locally, are merging to become one of the largest heating, air conditioning and plumbing companies in San Antonio.

Shafer Services Plus announced the merger Wednesday in a news release. The new partnership came about when Steve’s Plumbing founder Robi Jalnos, who served San Antonio customers for more than 40 years, planned to retire this year.

Shafer Services Plus will maintain its name under the merger, and Jalnos will work with Shafer Service Plus for the next three years as its employees merge.

Jalnos started Steve’s Plumbing in his mother’s garage in 1978 and named the business after his father, Stephan Jalnos, a Holocaust survivor and plumber who died when he was young. Steve’s Plumbing has served some 4,500 customers throughout the area.

“For decades, our teams have had a mutual respect for one another’s history, skills and dedication to putting customers first. So you can imagine our delight in uniting to become San Antonio’s preferred option in plumbing and HVAC services,” said Chase Anderson, president and CEO of Shafer Services Plus, in the news release.

Jalnos has served on the Texas State Board of Plumbing Examiners, where he was chairman of the examination, medical gas, water supply protection specialists and personnel committees for seven years, and he holds a green plumbers certification.

“This has been more than a job for me. It’s my life’s work. That’s why I wanted to partner with the Shafer Services Plus team to ensure that my employees and customers will continue to be cared for like family for generations to come,” Jalnos said.